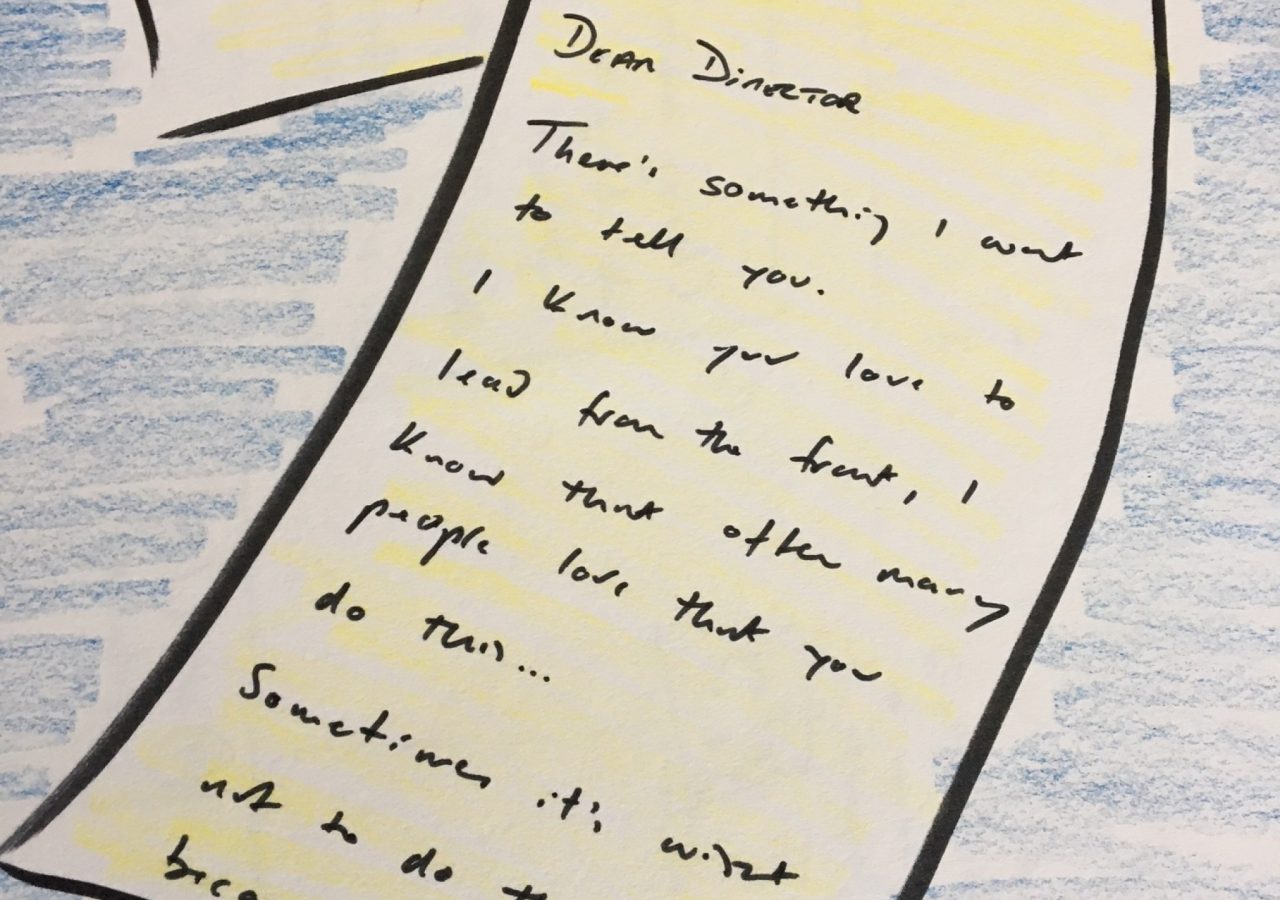 The Director who made senior leaders chant “Yes we can!”

Did you see the piece in the Guardian that was highly critical of an NHS Director?  If you didn’t, in our view, you should, it’s an important read (see the article here) .

Whatever else, we didn’t like the way this individual was hung out to dry in the national press.

All of we senior leaders are in the same boat here. We all make mistakes, and sometimes we even make howlers. Being pilloried in the media does nothing to promote learning.

It’s worth taking a longer slower look at what seems to have happened here, to see what every one of us in senior positions can learn from this article.

Apparently, some senior health service managers were “forced” to chant “we can do this” in a large group conference by an NHS Regional Director. The Director apparently asked them to chant louder, to “take the roof off” with the noise.

This left the managers, including CEOs of Trusts feeling “bullied, patronised and humiliated”. One said “it was awful – the worst meeting I’ve been at in my entire career”.

The Director has apologised: “If anyone found my session inappropriate I can only apologise – it was meant as light relief rather than brainwashing”

The meeting clearly left a lot of people feeling bad. The Director’s relationship with the people concerned has very likely been damaged. That the incident has attracted press scrutiny is unwelcome to him and to his organisation.

At one level this looks simple.  A senior leader asking other senior leaders to perform a misplaced infantile chant. He chose the wrong “intervention”.  Simple, you might say.  But did he just misjudge the mood? Or was something more complex in play here?

We find ourselves having a great deal of compassion for everyone in the room, and particular for the Director concerned.  We think there was something a bit more systemic going on.

What happened here is a classic case of a top leader being caught on the heroic hook. It’s a game that stuck systems invite leaders to play, and time after time we are all drawn into taking the bait.

The NHS is a stuck system.

It’s stuck in the sense that it faces infinite demand while only having finite resources. All leaders in the NHS are in a perpetual dance of trying to meet the needs of an ageing society. Medical sciences can keep patients alive for longer by ever more miraculous interventions: the funding available can never match the demand.

This is the kind of stuck systems dance described by family systems therapist Paul Watzlawick and colleagues in the book “Change: Principles of Problem Formulation and Problem Resolution” (1974)

How do you spot that you’re in a stuck pattern? Well, have you ever experienced the following?

In the face of such challenges you might find yourself exhorting people to yet more extraordinary efforts ….

“Just do it!”, “Be creative!”, “We give our customers 150% of our effort, 24/7!” … from the NHS to boardrooms the world over, you can hear top leaders exhorting their teams to do more using phrases like this.

But it doesn’t work.  As Watzlawick notices, simply dancing the same dance a bit harder rarely unsticks the stuck pattern.  Instead, to make the difference they’re looking for, senior leaders need to take the harder road, and actually shift the dance.

The problem is that this is difficult.  You have to admit you’re stumped. You’re not stumped because you’re dim-witted or incompetent; you’re stumped because the system is fundamentally stuck and neither you, nor your team, can actually unstick it by doing more of what’s gone on before.  There’s an act of leadership to be done: firstly, by acknowledging the stuckness and, secondly, by stepping into the unknown, as you explore with the stakeholders involved just what can be done to change the situation you’re all stuck in.

This is difficult because it’s here that the issue of heroes (or heroines) and white horses arises.  All of us know the feeling. When difficult times arise, large groups of people get anxious. They stand around the water coolers, saying things like, “If only they (eyeballs rolling towards the ceiling) up there had a clue….  If only they (eyeballs rolling again) knew what we have to put up with…”

It’s a pattern in groups that’s familiar to us all.  When things are tough and uncertain, people look for someone upstairs to fix it.  As senior leaders, we feel drawn to step in and sort it out, make it ok, deliver the outcome. After all, it’s what we’re paid for and what people expect executives to do.

We feel invited to step in and fix it, often with a visceral pull like a hook in our guts. We feel deeply committed, implicated and personally responsible, and we are drawn to act. “Follow me, I know where we need to go,” is the cry.

This is the very knife edge of strategic leadership. If we accept that invitation by becoming the heroic leader, jumping on our metaphorical white horse and rolling out our flag of vision, we play into the dance and nothing will change.

What we really need at this point is the engaged collective capability of our teams. What we get, from astride the white horse, is compliance or rebellion – because that is all we have invited.

When the NHS Director commanded his people to chant, he was doing what heroes throughout time have always done. He bought into the dance, doubled up on the stuck pattern, and exhorted miracles.

What to do instead?

When you find yourself at this knife edge of uncertainty in the face of a stuck dance, whatever you do, don’t blindly mount the white horse.

At this point your authority as a leader is better served by naming the game. Name the pattern, name the stuck dance, and then invite people to join you in exploring what the hell to do.  Name the givens, the must haves and non-negotiables, and name the constraints.  Invite people to join you in creating ideas and options for what might be done to change the way that things are now.

Sometimes using the following steps may help to frame a better way forward, more sensitive and intelligent in respect of the systems dynamics involved:

Nothing in this is about giving away your authority – far from it.

It takes real leadership to acknowledge your own uncertainty about possible solutions, and the decision about which of the suggested options to follow will be yours.  At least you’ll make that decision with the widest possible information about what might be feasible, and you’ll have invited others to contribute to unsticking the situation that you all find yourselves in.

Above all you will stand more fully in the reality of the situation in all its stuck reality, all of its intractable complexity and you’ll be harnessing the collective intelligence and combined capacity of skilled colleagues to seek out and act on potential solutions that are not immediately available from the initial situation. 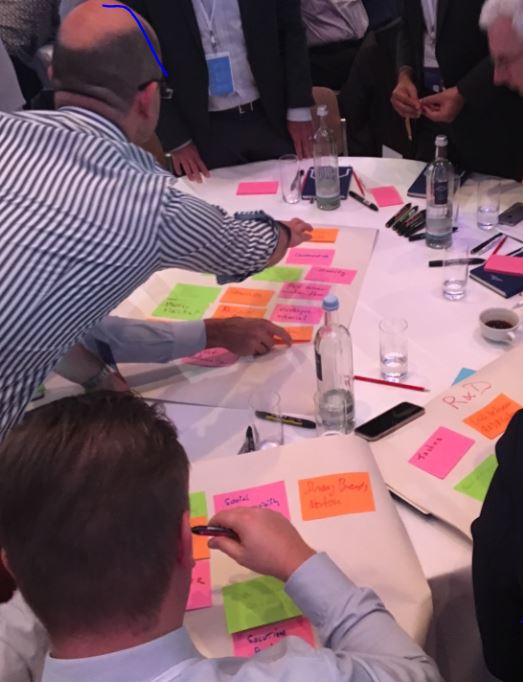 Even brilliant bosses should think twice about facilitating large groups